As the girls and staff travel down from Mustang to Pokhara for winter school, there is mixed news from Nepal. The construction  of new classrooms and sleeping accommodation reported in previous posts has been completed, which is super news.  As in all developing countries, building & roofing works are heavy manual tasks, as you can see from the following photos – another element of the harsh life in this remote region.

The older students helped finalise the all important roofing ceremonies in something of a community shared atmosphere, another typical cultural aspect of life here . 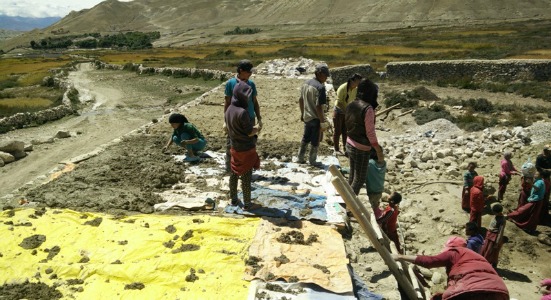 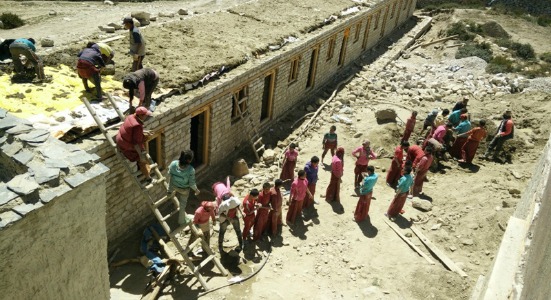 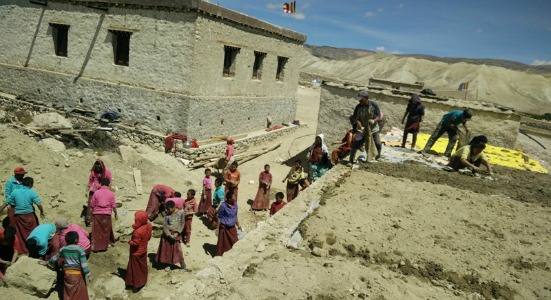 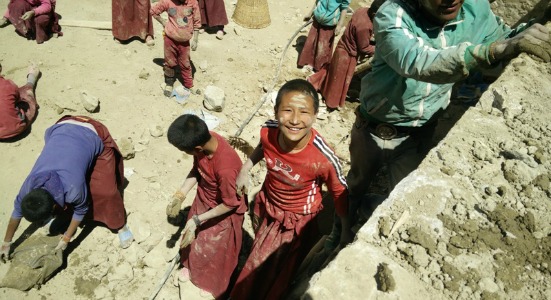 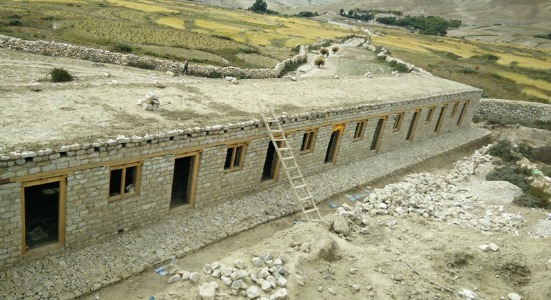 And afterwards everyone celebrates the completion of their new sleeping and class rooms with treats, which the youngsters especially enjoy. 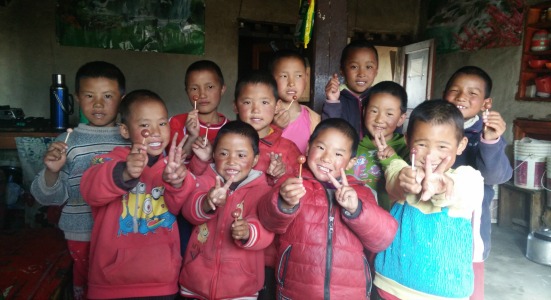 Most of the girls and staff have now departed Mustang and have safely arrived in Pokhara for winter school.  We’re really looking forwards to visiting them there in a couple of weeks.  It will be so precious hugging everyone (especially as it’s the first time we’ve visited since the earthquake earlier in the year) and seeing how they’ve grown and progressed since last year.   we’re also looking forwards to seeing progress on construction for the new winter school, which we hope will be ready for next year.

Unfortunately more hardships are being experienced for daily living in Nepal at this time.  For the last couple of weeks there’s been a politically motivated blockade (against the new constitution) of the main highways between India and Nepal effectively shutting down the supply chain for fuel and some other daily necessities.  There’s very little fuel available for transport leading to traffic jams.  This has also impacted the girls travelling down from Mustang and some have not yet reached school in time for school to begin again after the current Dashain festivities.

Fuel for cooking has run out too and the cooks at school have now turned to using firewood for cooking rather than propane.  We’re hoping that the supplies they’ve managed to secure will last through the current crisis and that normal life will return soon. 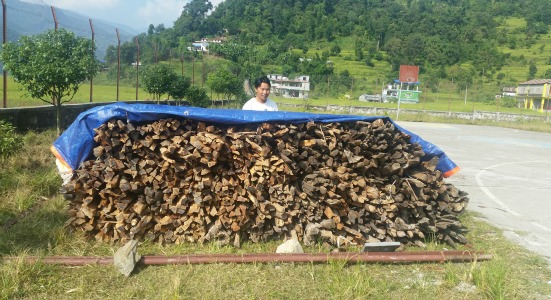 We’ll share an update of course after our visit in 2 weeks time.